Fr. Jovi Aneke is a priest of the Catholic Diocese of Enugu, Nigeria and is the second son of Mr. Godwin and Mrs. Anthonia Aneke’s family of five boys and one girl. You will remember Fr. Jovi from when he served at Saint Thomas during the summers of 2017, 2018 and 2019, 2021!

He was ordained a deacon on December 4, 2010 and a priest on July 2, 2011. He worked in the Diocese of Enugu as an Assistant Parish Priest in Holy Trinity Parish, Independence Layout, Enugu from 2011 to 2012. From 2012-2016 he was the Deputy Diocesan Secretary, Assistant Diocesan Master of Ceremonies and Chaplain to Daughters of Divine Love Juniorate, Enugu.

In July 2016, he was sent on further studies to Pontificio Ateneo Sant’Anelmo, Rome, Italy where he studied for a License in Liturgy. 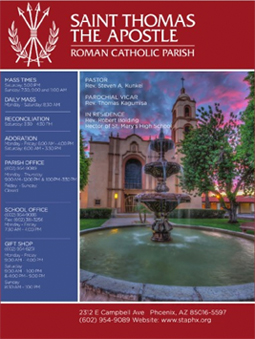